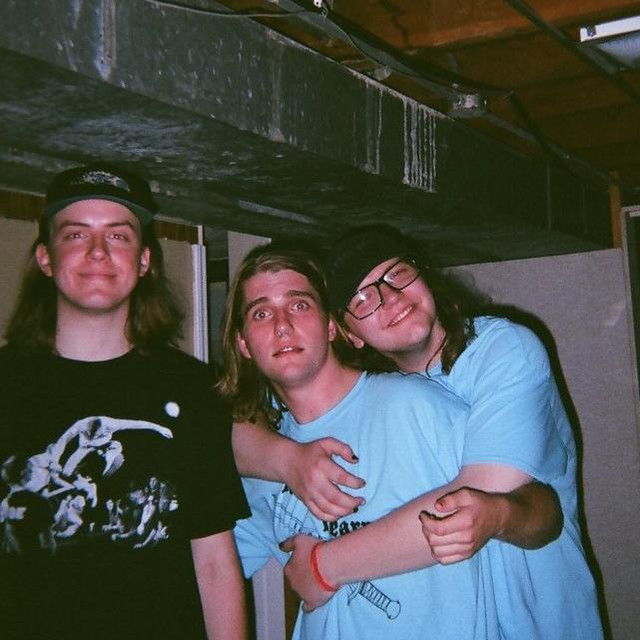 Based out of Charlotte, North Carolina, the young trio recently released their debut EP, “It’s Not Forever” to great approval from the emo scene. If you haven’t heard of Jail Socks before, you’re welcome ahead of time, because they’re amazing.

Steven: How have all of you been? Assuming you’re trapped in your living spaces too, what are you all doing for fun?

Jake: Good! We’re all holding up okay. We’re mostly just playing video games and thinking about our plans after all of this is over! We plan to spend a good chunk of this time working on our next release.

What are your favorite video games right now?

We used to play a ton of Apex Legends together, but we don’t play it much at all anymore. Right now Aidan is going through the entire Xbox Game Pass and just finished the Wolfenstein games. Also, they’re playing so much Farming Simulator haha.

Aidan and Colman are also playing a bunch of Modern Warfare: Warzone together with some of our friends at home. I have mostly been playing Rainbow Six Siege on PC as well as Minecraft with my partner and some friends I have in New York!

For people who have never listened to Jail Socks previously, how would you “sell” the band to them?

I can make you rich!

Is there a story behind the name “Jail Socks?”

Aidan got arrested for stealing pool noodles wearing their favorite pair of socks.

“It’s Not Forever” has been heavily approved from many within the emo/indie community. I’d assume that you expected it to do well, but how has it felt to see so much praise for the EP?

We actually didn’t expect it to do well! We just put out the music that we wanted to hear! We’re constantly overwhelmed to learn that others enjoy it as well.

Despite the band’s relatively small discography, each song seems to be thorough and thought out in every regard. What’s the creative process like for Jail Socks?

Every song starts with a riff/riffs that Aidan has come up with, and we all work out the rest of the song together! Aidan has a shed in their backyard, so we just lock ourselves in it together and try to make something that’s fun for us.

What are the plans for the band post-coronavirus?

Our plans are to tour as much as we can! In August we’ll be recording our first LP and we’re going to tour off of that!

Is there any chance you would perform on Long Island if you all come to the northeast? (I’m just asking for a friend, I promise!)

Hahahaha, tell your “friend” that we’ll do our best to get up there as soon as we can! We were supposed to play Brooklyn real soon, but that got canceled because of the state of the world right now. Any updates we have on touring will be posted on Twitter and Instagram!